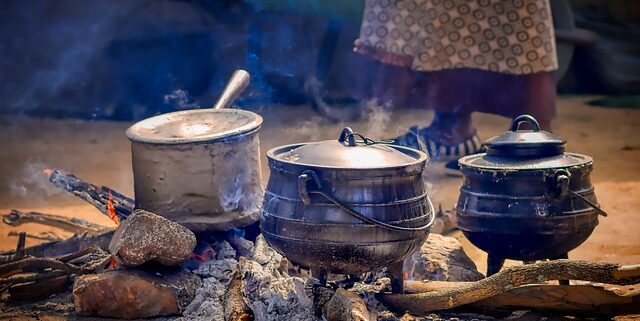 By Zion Lights – Author, Pro-Science Climate Activist and Net Zero Week Advocate… I’ve spent over a decade campaigning for climate action, and for many years I’ve worked as an environmental journalist, giving talks, attending debates, writing in national newspapers and appearing on television all over the world.

My focus is now on a crucial area: energy.

Over time my career has turned to science communication, as I’ve realised that so many of humanity’s problems boil down to gaping voids between public opinion and scientific consensus.

Most of the world’s greenhouse gas emissions are from energy – electricity, heat, and transport. If we want to slow climate change, we need to reduce these emissions to net zero as soon as possible. How we meet our energy needs isn’t the whole piece of the puzzle, but it’s a large and crucial piece – over 70% of it.

I’ve long been a fan of renewable energy but I’ve stopped arguing that we should aim to rely on renewable technology alone. First, because nowhere in the world with a large electrical grid has managed to achieve this, despite impressive efforts by – for example – Germany. Second, because 15 years ago I used to argue that battery storage to make wind and solar power scalable were just around the corner, and I still hear people argue this today, but it hasn’t happened and it’s time to admit that we don’t have time to wait to turn more corners.

We need to make mathematically-achievable plans to decarbonise, using the tools we have available to us, right now.

When it’s cloudy or the wind stops blowing and solar or wind generation drops, the back-up is currently coal, gas, or biomass which requires mass burning of forests. We continue to need dispatchable energy to support renewables, to keep the lights on and our homes warm when the sun stops shining.

My focus has always been on bringing down emissions, and in 2015 I authored a book on how to lower your carbon footprint using evidence. But while I still try to live with a low carbon footprint myself, I have learned that even if every single one of us was to significantly use less energy, it still wouldn’t be enough to get us to net zero emissions. The numbers simply don’t add up. All of the scenarios calculated for a world run on only renewable energy require this significant decrease in energy use, and can’t account for cloudy or still days.

We also use a lot of energy: in wealthy developed nations we are energy rich. We don’t know what it’s like to live without reliable energy to meet all of our needs. This means that we take energy for granted, but I’ve seen energy poverty first-hand in India where my relatives live in a remote village that lacks the access to energy that we enjoy so easily – at the flick of a switch – and it is tragic.

Energy poverty is not just about having no money, but about lack of access to medication and healthcare, to vaccines, to education, to lighting, and fuel to warm your home and to cook food with. It’s about being able to keep vital hospital equipment running day and night. If we were to lose the continuous electricity, we are so accustomed to, the consequences would be devastating. We would experience blackouts. Kitchen appliances would no longer function. No more laptops, no more mobile phones. On a late afternoon during a British winter, we would be plunged into literal darkness.

This is how billions of people already live today.

I have long argued that social justice issues should be key to environmentalism, but the reality is that – despite my best efforts – they are rarely genuinely considered. For too long traditional green groups have focused on restoring and saving nature, while forgetting that humankind is a part of that nature.

There is a strong moral case for us to lower our emissions immediately to allow energy poor countries to develop. These countries will also be hardest hit by climate change, like my family in the Punjab, who rely on rice farming that is already becoming difficult due to water shortages caused by more frequent droughts.

Now developing countries need vast amounts of energy to lift themselves out of poverty. And they don’t just want lighting and clean water, but phones and laptops too – things we have been enjoying for decades.

Even so, most existing green groups advocate for degrowth, and are anti-nuclear energy. Data shows us that ending poverty does require economic growth. And the internationally recognised scientifically rigorous body, the Intergovernmental Panel on Climate Change (IPCC), includes nuclear energy in all of its pathways for decarbonisation.

In the fight for climate justice, we simply cannot continue to ignore the world’s poorest people, or what data tells us. Whichever way you look at climate change, you end up having to address people’s energy needs. This cannot be done with wishful thinking and hoping for better battery storage. Remember that fossil fuels kill over eight million people a year from air pollution already, and may soon kill millions more through climate change – again impacting developing countries hardest. Our collective goal should be to decarbonise in the most effective way, with the least impact on the planet, using the best available science, as soon as possible – leaving no one behind.

Going net zero means a better business and a better environment for everyone.  During #NetZeroWeek2021 you can access dozens of exclusive live webinars/podcasts; all free-to-attend. 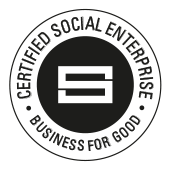